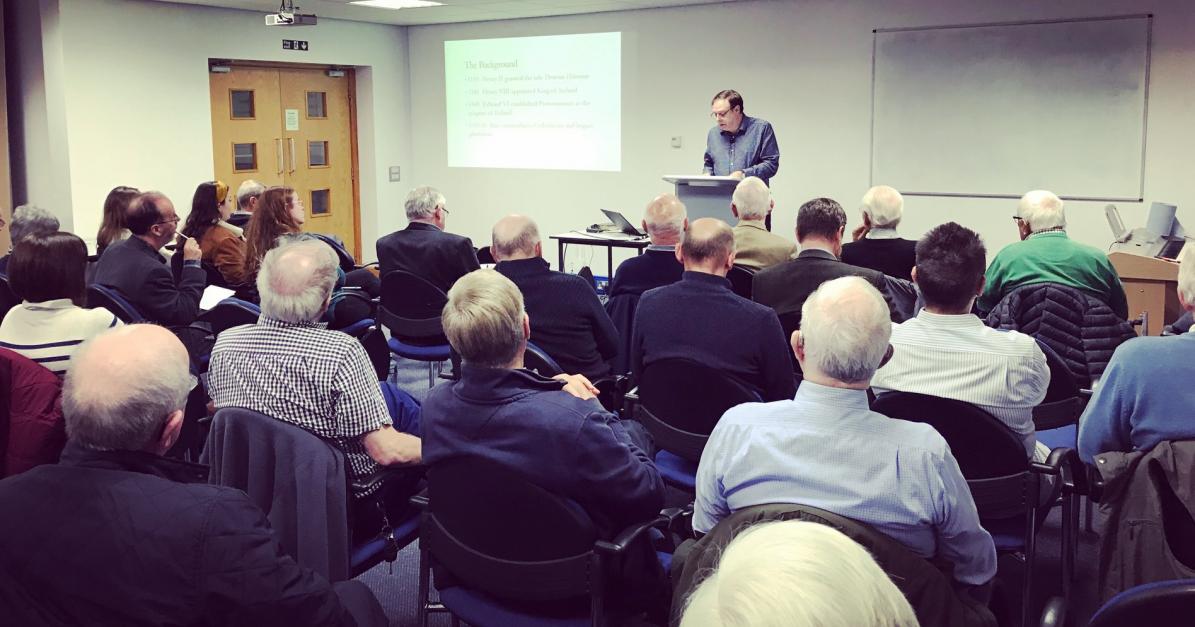 One of the many failures of the people of Israel was their tendency to forget their history (Psalm 78:11). This is an area where many of us likewise fail. Church history contains innumerable benefits and as Irish Baptists we ought to have a particular interest in the history of Christianity in Ireland. At the meeting of the Irish Baptist Historical Society on Thursday, 17th October, Dr David Luke examined the question of why the Reformation failed in Ireland.

In the 16th century while the Reformation was making progress in Europe, Henry VIII’s interest was in power and wealth rather than religion. After Henry’s death, religious affairs in England and Ireland fluctuated - Protestantism was established under Edward VI, Catholicism re-established under Mary and then Protestantism restored under Elizabeth I. By the end of the Tudor period, Ireland was effectively under the control of the English Crown but the Reformation of the church had not yet been fully implemented.

In 1603, James VI of Scotland became King James I of England and Ireland. James followed a policy of toleration thereby provoking Irish Protestants and stirring up stronger anti-Catholic feeling.

Rebellion in 1641, together with Pope Urban VII’s efforts to restore Catholicism in Ireland, fuelled internal divisions resulting in the arrival of Cromwell’s army in 1649. This in turn led to the confiscation of Catholic lands and the virtual destruction of the Catholic Church.

With the restoration of the monarchy under Charles II, the Church of Ireland became the established church once more, Catholicism was tolerated and the infrastructure of the Catholic Church destroyed under Cromwell was quietly restored.

Under James II, Irish Catholics enjoyed some concrete advances but the defeat of James during the Williamite Wars dealt a crushing blow to Catholics from which they would not recover for over a century.

In light of this history, Dr Luke suggested ten factors that contributed to the failure of the Reformation in Ireland:

Whatever the exact combination the failure of the Reformation in Ireland shaped the history of this island and helped create a stumbling block for evangelism in subsequent generations.

If you want to listen to the full lecture it can be found here:

Report by John Gault.  John is a member of the Larne Church. He serves as Secretary for the Irish Baptist Historical Society and teaches a number of College evening classes.